We use cookies to offer you the best experience on our site. Continue browsing if you are happy or check more information about our protection and privacy policy.

In this guide, you will find everything you need to know of Costa Rica, and to prepare for the trip of your dreams. 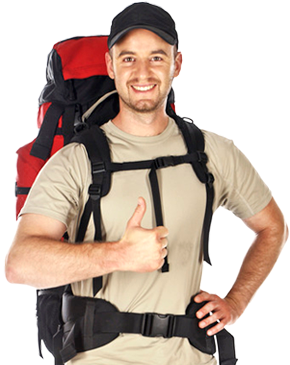 Currently are protected, 32 national parks, 8 biological reserves, 51 wildlife refuges and 13 forest reserves. It represents 5% of the world's biodiversity and more than 25% of the total territory of the country.

In addition, in Costa Rica there are two national parks that, due to the richness of their forests and their abundant biodiversity, have arisen great tourist and scientific interest. These are Corcovado National Park and Coco Island National Park, which have the most interesting country biodiversity.

On the Osa Peninsula, you can find Corcovado National Park, which is one of the world’s largest lowland tropical rainforest reserve. This is home of unique and exotic species of endemic Costa Rican animals and plants, like four monkey species, collared peccaries, hundreds of bird species, and 10.000 insect species. It is also the home of great creatures such as the Baird’s Tapir, Harpy Eagle, and the endangered Jaguar and more. There are 4 main ranger stations or entrances to the park: Sirena, La Leona, San Pedrillo, and Los Patos. Camping is available (upon reservation) at a ranger station.

Coco Island National Park is one of Costa Rica’s top destinations for scuba divers, nature lovers, scientists, and biologists. It is one of the most diverse places of the world. Its marine richness is splendor. Due to its location, it is a privileged place to observe some species of sharks, among which are: whale sharks, large banks of hammerhead sharks, white tip, tiger sharks. Also, other marine species as manta rays (Manta birostris) and dolphins. It is common to observe sharks feeding on gigantic schools of horse mackerel. Coco Island was declared a World Heritage Site in 1997 by UNESCO.

In these protected areas of Costa Rica, you can enjoy different activities such as hiking, diving, camping, rafting, canopy, mountain biking, snorkeling, kayaking, surf, and birdwatching. Among many others. In Costa Rica you can feel nature in all its splendor.

See the following topics for information on Costa Rica: